Mirah Investment & Development’s continued success is owed to the hard-working, dedicated, and diverse team which drives the company forward. Within Mirah, are the many collaborative teams and their team members – from Architecture & Design, Finance, and Marketing, to Hospitality, International Sales, Project Management, and more.

A veteran within International Food & beverage, throughout his 20-year long career, James Runciman, has worked with some innovative brands and global corporations including Potato Head, Compass Group, The Breakfast Group and much more.

In his role as Group Head of Operations for Mirah Investment & Development F&B operations, James is implementing an aggressive corporate F&B strategy aiming toward major growth in the next 12 to 24 months. 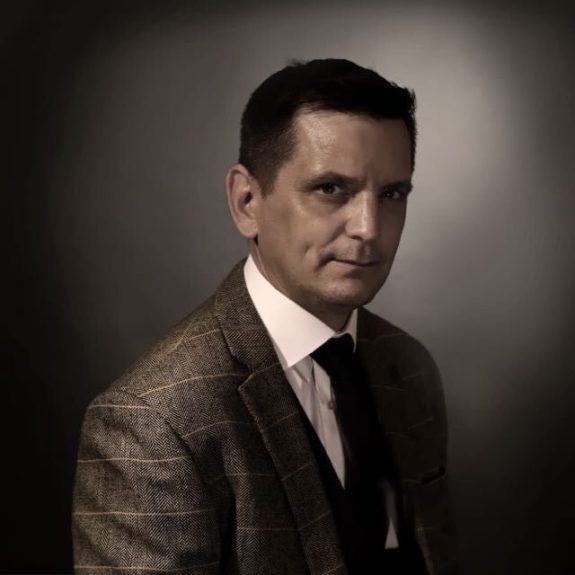 So, tell me a little about yourself, James?

“Well, I was born in Hong Kong but I’m British. I lived in Hong Kong from an early age and then moved to Bristol, England where I did my studies. While I was there, I opened a Japanese bar… we were a kind of champagne and sushi concept, which was very modern back in 2000, but that’s where I met Adrian [Savage], one of the directors of Mirah.”

The restaurant not only brought Runciman a newfound friendship, but also a series of awards; including “Best New Restaurant Concept 2002” (Class Bar Magazine), “Best Bristol Bar Concept 2003” (Flavour Magazine), and “Young Entrepreneur of the Year 2002” by Shell LiveWIRE.

What brought you to Bali?

“Well basically, I met Dre Masso. Dre Masso is a world-renowned bartender who I worked with in London at THE BREAKFAST GROUP. After I sold my Japanese restaurant in 2006, I moved up to London because I wanted to understand the F&B [food and beverage] industry a bit more. I was a bit young, a bit green, but I learned a lot.”

James Runciman spent the next decade working in London’s West End with THE BREAKFAST GROUP as an operator of some of London’s top award-winning bars & restaurants such as Salvador & Amanda Brand, Punk Night Club, Opium London, and Jerusalem Bar and Kitchen.

Having been raised in Hong Kong, James’ strong connection to Asia and its cuisine lead him back to the city where he was raised.

“After 10 years in London, it was time to move on – so I moved back to Hong Kong. Dre [Masso] knew I was back in Hong Kong and mentioned that he was working for a new venture called Potato Head in Bali…

…Potato Head had a place in Singapore but wanted to open one in Hong Kong. They flew me to Bali for three months to plan and put together the Hong Kong project, which is where I reconnected with Adrian [Savage]. He’s an old friend and it was a great chance to get back in touch.” 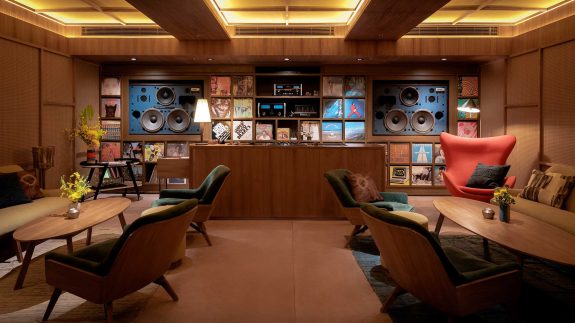 James Runciman launched Potato Head in Hong Kong at the iconic Sheung Wan address – it was the biggest opening for Hong Kong in 2016.

James went on to collaborate with Iron Chef Ian Kittichai to bring Isaya Siamese Club to Hong Kong, as well as establish other smaller independent projects. Eventually, he was offered a position with The Compass Group, the world’s largest contract catering company.

“…it was very corporate and was not for me…

[but] suddenly it was something new to experience.”

“I became the account director for the F&B for HSBC, so feeding 16,000 people on a daily basis from high-end Michelin star to low-level; something I had never done before… it was very corporate and was not for me! However, it gave me a different understanding and suddenly it was something new to experience.”

James Runciman’s love for food & hospitality derives from a very hands-on approach – crafting a customer’s journey and telling stories through concept, atmosphere, and ultimately the food on the plate.

“Within a corporate structure, you need to go through layers of management. So I’ve got a good understanding of both sides. But for me, being involved in the creation of [venues] and taking it through development – from concept, execution, to delivering a great venue with a profitable bottom-line – rather than just looking at spreadsheets and numbers – is much more rewarding.”

“Myself and Will [Meyrick] came on board. So, we established Mirah’s hospitality division – and we’ve got a lot of exciting things coming up soon…

…Bali’s culinary scene is the best. I’ve traveled a lot of Asia, you know, Japan is obviously great… But Bali’s very different to countries like Philippines, Thailand, and don’t get me wrong Bangkok’s got some great restaurants, but Bali really is it!… Bali is just that kind of place you fall in love with.”

What are some of the key elements to opening a successful restaurant?

“Oh my God, there’s so many elements. I mean the concepts are obviously very important, also being customer-focused. The Bali culinary scene is vibrant, but it’s very competitive – so staying ahead of the curve is important…

…We want to build future-proof concepts that are adaptable to grow and evolve; especially now that the whole dining dynamic is changing. We want to deliver good customer-focused restaurants…

…what’s different with us, is we’re ‘hospitalians’, we’re a group of creatives – happy to explore and experiment, to deliver products which are unique, comfortable, and interesting. Bali is the perfect location for that, and we’ve got a great team for it.” 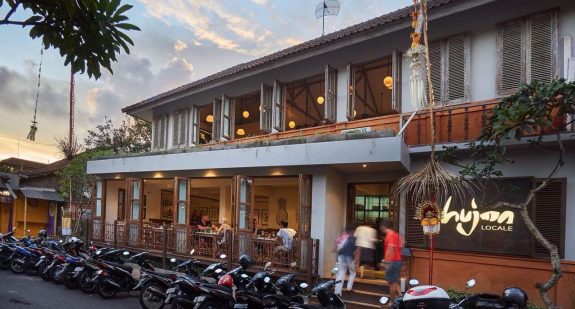 Working with Will Meyrick, and Mirah Investment & Development, the team will be launching ten F&B venues within the next 12 months, including the imminent relaunch of Bali’s favourite Hujan Locale – a signature Will Meyrick restaurant nestled in the jungles of Ubud, and an up-coming Levantine restaurant & late-night entertainment venue in Berawa.

Shortly after, will be the launch of Secana Beachtown, which brings 58 villas & 32 apartments to Berawa’s beachfront with four restaurants, a stunning rooftop pool & bar, gym, spa, co-working spaces, and much more.

Mirah Investment & Development offers a large variety of 5-star investment properties all throughout Indonesia, as well as exceptional legal & financial services for both foreign and domestic clients.

Contact us today to book a one-on-one zoom call with our team, and discover ways to begin your investing journey.

7 STEPS: How to Buy Property in Bali, Indonesia

Thank You
For Your Interest